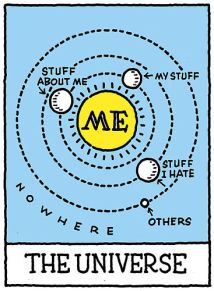 Construction of the self is central to our existence and our identity is constantly evolving. The person you are now may not be the person you end up becoming. Sociologist Charles Cooley defines identity, or self, as learning to see ourselves as others do. The Oxford dictionary characterises the self as ‘the unique attributes and interests that distinguish us from one another’. How have the different versions of the self changed over time? What are the key influences on our identity? How do you view yourself?

A version of the self that is prevalent in the 21st century is narcissism, which has created a shift from collectivism to individualism. Social Philosopher Anne Manne recently drew parallels between narcissists, adulterers, cosmetic surgery fanatics and gym junkies. Manne discusses high self esteem as a mask for insecurity and pursuit of attention and argues narcissists lack a distinct sense of empathy. While some self confidence is definitely viewed as healthy, when a disregard for fellow citizens prevails it creates anti-social behaviour. Psychologists Delroy Paulhus and Kevin Williams define narcissists as vindictive, self-promoting, emotionally cold, deceitful and aggressive. Consider the impact on social cohesion of a society largely comprised of narcissists.

Manne dictates the need for a shift from the pursuit of attention to giving attention, with the former evidenced by a recent Harvard study of youth with 80% primarily valuing achievement and 20% primarily valuing caring for others. Is a healthy focus on oneself vital before you can help others? If achievement were a central focus for all would less care be required as the majority of citizens would be financially and intellectually empowered? Examples of the inherently selfish culture visible today include the amount of nursing homes that occupy people who are never visited by their children and the proportion of citizens of wealthier postcodes that donate less to charity than those living in poorer ones. Dr Jeremy Moss reinforces that inequality of wealth provides an unfair advantage to many social actors which seemingly enables corporations to influence politicians. This in turn can lead to better health, educational and employment outcomes for the wealthy, thus impacting one’s discovery of a sense of self. 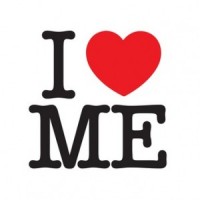 The rise of digital media has contributed to an influx in personal blogs and cleverly crafted social media pages focusing on the ‘ideal’ self. Manne discusses social media as ‘a platform for selfish individualism, hyper competitive capitalism and a megaphone for narcissistic qualities’. The digital age has provided a platform to communicate, however it has also increased consumption of information which impacts our identity. New Philosopher editor Antonia Case recounts Neil Postman’s theory of ‘Technopoly – the surrender of culture to technology’ which highlights people’s needs of being continually on a quest to access information. The abundance of ubiquitous information has undoubtedly shaped the identities of citizens today; children in primary school are now educated about concepts thought to be irrelevant at that age not more than a decade ago. Digital media is perhaps inevitable and rather than trying to disarm the automaton it is, citizens should rely on it for constructive purposes such as education and communicating with loved ones across borders.

Philosopher Flora Michaels discusses the dominant cultural stories of different eras and their influence on selfhood and ones broader perception of who we are and who we want to be. For example, in the 16th Century the dominant cultural story was religious, however, now it is economic. Prior eras and some cultures today are of the collectivist notion that family, tradition, custom and caring for others reign supreme. The modern self is more individualistic focusing on the pursuit of happiness through self-indulgence. For example, working long hours to increase living standards and to also provide an abundance of pleasures such as eating out, holidays and shopping.

The self is also influenced by plans and goals. Case discusses the notion of seeking, ‘planning the next big thing, the latest business idea, money making scheme, dinner party, overseas trip or property purchase’. Interestingly, people are convinced that once they marry the one they love, buy a house and have a family it will be the end of seeking. Philosopher Patrick Stokes asks the question, ‘are we just a story? Are people getting married to live out a love story?’ However, this is not so and the search is replaced. Seeking via the internet is largely unproductive, people could harness this motivation to seek to ‘write operas, learn languages, paint and sing’. It is evident that those who self destruct are lacking the ability financial or otherwise to set goals and achieve them.

Globally acclaimed psychology professor Kenneth Gergen explains that we come to know who we are in different relationships in different ways and by undertaking different activities. He emphasises that “what we are doing right now is only a slice of what we are capable of.” The power of the mind is underestimated and so too is its ability to allow us to maximise our potential. Gergen discusses a need for people to break down ‘solidified realities’ so people bring about positive change for their society, families and people around them. Sharing good practices, peacemaking in communities, community building and flattening organisations creates collaboration. Gergen’s point reinforces Cooley’s earlier notion that the self is continually evolving, always growing and forever changing. 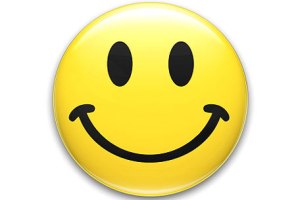 As abovementioned, self confidence and ‘healthy narcissism’ is surely beneficial in certain areas. Manne describes ‘healthy narcissism’ as occupying self-confidence, ability to get on stage, climb up again and feel just pride…’.The psychotherapist John Mitchell describes a stable self as ‘full of colour, vitality, cohesion, continuity and experience.’ Breakdown and falling apart refers to a lack of cohesion, fragile life experiences and a life seen as dull and pointless. Mental illness costs the economy billions each year; a healthy dose of narcissism can help.

Upon examining theorists and examples of life in the modern era a focus on individualistic pursuits is prevalent, and is centred on the dominant cultural theory of economics. This shift, along with a rise in digital media, has fuelled a larger breed of narcissists who seem to lack empathy for fellow citizens. The impact of narcissism is far reaching and includes a widening gap between social classes which results in less social cohesion and increased anti social behaviour.  As Gergen suggests, narcissists could engage in more collaborative activities creating positive change within their communities. It is acknowledged that healthy narcissism does exist and helps combat societal challenges such as depression, which limits ones ability to construct the view of a favoured self and achieve self actualisation. It could be argued that economics has influenced personal values of achievement and financial independence, enabling development of a productive, safe and sociable self.